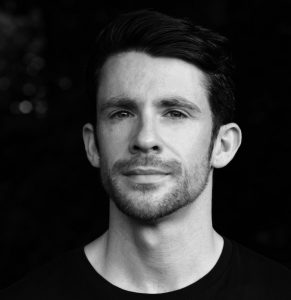 We are absolutely delighted to announce that this year’s winner of the Bournemouth Writing Prize for the Short Story is Alan Murrin for The Wake.

The judges were all captivated by Murrin’s ability to tackle themes of loss and grief with such humour and sensitivity. Picador Commissioning Editor, Ansa Khan Khattak, said: ‘The Wake opens on a seemingly unremarkable domestic scene – a couple watching ‘The Antiques Roadshow’, one of the pair feeling like they’re being denied an extra helping of dessert – but very quickly explores questions around loss and grief. The author grapples with the problem of how far you can ever prepare yourself for loss, (how advance preparations for mourning can be practical but unseemly, comforting but insufficient) in such a sensitive, moving, darkly funny way; it’s an extraordinary story.’

Editorial Director Emma Scattergood added: ‘In one early part of The Wake I actually laughed aloud, but then the story takes a curious, unexpected turn, that is both moving and unsettling. Murrin also uses dialogue and detail beautifully to place the story very firmly in Ireland.’

Two other stories were also Highly Commended by the judges, and came a very close second: A Guide to Keeping Birds by Anne O’Leary and Thirty-Six Up by Bethany Wren.

Of Thirty-Six Up, judge Sophie Scard, a literary agent at United Agents, said: ‘What perhaps was most striking was the way the story plays with our sense of tension and drama. There’s a subtle sense of something almost arrived at, something remarkable not quite done, that makes this story special.’

And A Guide to Keeping Birds stood out for its playful and entertaining writing. Ansa Khan Khattak said: ‘The unusual form the author has used is a perfect fit for the irreverent tone. Nevertheless, as we read it becomes clear that an emotionally involving story is being told: one about caring for birds, yes, but also about a woman who has lost her husband and is now left with his pets as a memento and who must decide whether to keep them or give them away. The contrast between the interlocutor who has only memories of her husband, and the birds who have live only for today, lands perfectly at the end.’

Murrin wins £500, and the chance to record a reading of The Wake at Fresher Publishing/Bournemouth University’s studios, which we will then post online. Look out later in the summer for the publication of the Fresher Publishing anthologies, some of which feature these stories and other short and long-listed entries to The Bournemouth Writing Prize. More details will follow here and on social media. And another massive ‘thank you’ to everyone that entered The Bournemouth Writing Prize. We have so enjoyed reading the hundreds of stories and seeing so much talent out there. Keep writing – the Prize opens again in the Autumn!